Bargains can change your life

I’ve always been a bargain shopper.  I probably buy things I don’t need just for the sheer pleasure of saving X amount of dollars.  I also have the bad habit when someone compliments me on anything, I will happily scream out, “I got this for only $3!!!” 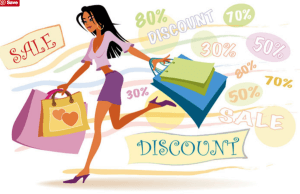 When I signed up to study for my Marriage Celebrant course in 2007, the Celebrant training school was offering a discount if I were to sign up for both the Marriage and Funeral course I would save so many dollars.  Of course that immediately excited me.

I have always loved learning, so I thought, why not. At that time, I thought there’s no way I’ll conduct a funeral, I’m way too emotional, but it will be good to learn.

In Australia, there are no formal qualifications needed for anyone to conduct a civil funeral and indeed about 60% (that number is getting higher) of funerals are either being conducted by a civil funeral celebrant or a family friend.

I thoroughly enjoyed the course and when I got home, I excitedly rang my girlfriend, Vicky, and told her about what I had learned.  Vicky wanted to break into the “death Industry” and become a mortician.  She then told me that she saw an article in the paper about a local funeral home inviting the community to join them and they would discuss Pre-Planned Funerals.

I have always believed in signs from the Universe and told her “This is it, Vicky, we have to go, this is our opportunity!!”.

The funeral director took an immediate liking to us and within a few days we were working our very first funeral.  The ceremony was to be conducted at a church in Penrith, followed by a burial in Emu Plains.

This ceremony would prove to be a gut-wrenching and emotional initiation into my career in the funeral industry.

There were six of us working the funeral, as attendance was expected to be over 500 people.  The deceased were a young couple who tragically died in a car accident, just before Christmas, leaving their baby and a toddler behind.   They were only married 3 years and the same priest who married them would be conducting their funeral service.

Vicky and I helped with getting the coffins in place and also made sure mourners signed in the guest book.  I was in charge of the donation box, all money donated would go to the deceased’s children.

The weather on this summer’s day was perfect.  The sun beamed down from the vast blue sky above us, a hint of warm wind would every so often brush up against me.  There was an eerie sort of quietness which filled the air.  The mourners lined up to sign the guest book and then proceeded into the church.

My American accent could be clearly heard asking for donations as people arrived. Some of the mourners welcomed the diversion and we engaged in small talk and pleasantries.

As the chapel music was fading out, some modern music started to play in the background. This was the start of the ceremony and I thought the Westlife song “I’ll be loving you forever” was very fitting for this young couple. I later learned that this particular song was also played during their wedding ceremony.

While the ceremony proceeded inside the chapel, the funeral staff outside started to pack up the sign-in table and collate the pages into a memorial book. The donation money was counted and recounted and sealed in an envelope for the family.

From outside the chapel, I could hear the muffled sound of the priest’s voice.  I peeked in and observed the attentiveness of the mourners.  A few family members went up to speak, and raw emotions of grief overtook them as they delivered their tributes.  A gamut of emotions was evoked by the audience, as I heard sobbing and even some laughter.

The ceremony continued for almost an hour with readings, a prayer, communion and hymns. The funeral director briefed his team on what would happen next. Both coffins had earlier been wheeled into the chapel on an aluminium trolley. (The official word for the trolley, incidentally, is “bier”, which is very strange to me, being half-German, so let’s just keep it at trolley). We would need to walk to the front of the chapel and guide the eight pall bearers to wheel the coffins out to the waiting hearse.

We helped the pall bearers put the two coffins side by side, in the hearse.  The fathers of the couple then proceeded to the hearse, they touched the coffins and then hugged each other.  That moment seemed to last forever, but was broken by the funeral director, instructing those that wanted to follow us to the cemetery for interment to proceed to their cars.

Even though this event was indeed very sad, I felt extremely privileged to be a small part of it.

We arrived at the Emu Plains Cemetery and the designated burial plot.  As the weather was starting to get warmer, Vicky and I set up a table with glasses of water and chairs for family members.  The pall bearers proceeded to the hearse and positioned themselves in order to walk the coffins to the burial plot.

I could feel a magical energy in the air which seemed to have a hypnotic effect on everyone present.  The priest delivered his words of committal as the coffins were lowered … there was sobbing, even howling.  I looked at Vicky we were both fighting back tears.

At this point a small boom box began playing the Puff Daddy and Faith Evans hit “I’ll be missing you”.  The funeral staff handed out flowers and the mourners slowly approached the plot to say their final goodbyes.

When the song ended, that magical energy again filled the air, but this time seemed even more powerful. Hugs and tears continued – and that energy in the air seemed to go through my body. Finally, I realised what that energetic feeling was ….

I got way more than I bargained for when I did that Funeral Celebrants course and it has indeed changed my life forever.