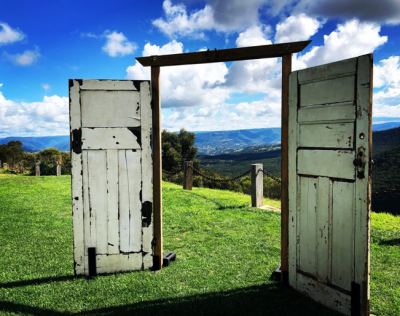 The final celebration for a family’s loved one will be one of the hardest days of their lives. My own father’s funeral taught me so many lessons, that I have taken forward with me and which have served me well when helping others plan the funeral of a loved one.  I have come to realise that everything in my life has happened for a reason. The worst situation in my life was, indeed, the catalyst leading me to become a funeral celebrant who genuinely cares for the families I serve and strives to ensure that the final celebration of their loved one’s life is memorable and heartfelt.

I look over at the flickering light of my electric clock: 1:30am. I shouldn’t have had that glass of wine.

Layovers are supposed to be for rest and recovery, but occasionally it doesn’t work out that way – especially when you’re flying with a crew who suggest going to your favorite Italian restaurant, Como Lario. I wasn’t in Italy, but Mainz, Germany, and I loved this restaurant, which was within walking distance of our hotel. It was inexpensive, and the food was delicious.

I groan and reach for my book, Out on a Limb by Shirley MacClaine. It’s not the type of book I usually read, but since losing a good friend only two months ago I’ve changed my reading habits.

Losing Bill affected me more deeply than I could ever have imagine. He was diagnosed with an aggressive form of cancer and, literally, within six weeks of diagnosis he was dead. On the day of the funeral, I called a friend – who I knew would also be at the funeral – and confirmed that we would meet before the service and go together. We met outside the Baptist Church near downtown Cincinnati.

When we entered the church, I saw that there were a lot of people who I didn’t know. I was comforted that Brent and I agreed to arrive together. We quietly walked past the crowds of people towards the front pews, where we saw Bill’s partner. She looked up and acknowledged us with a slight smile as we settled in.

I looked over at the coffin and saw that it was open. I felt my throat tighten, almost strangling me, and my eyes flooded with tears. Brent saw that I was upset and whispered, ‘Are you okay?’ I mumbled in reply, ‘I didn’t think it would be like this.’

I started to shake uncontrollably, and – to my horror – moans of grief were coming out of me. Brent put his arm around me for comfort.

A few hymns were sung, which (thank goodness) drowned out my uncontrollable crying. Although, a few people sitting in front of us turned and gave me a look of concern (and probably bewilderment: who is this young lady? Maybe a former lover of Bill’s?). I focused on slowing my breathing, as I could tell that my outbursts were drawing attention and I wanted to try to relax.

I thought I was okay, until Bill’s identical brother started the eulogy. ‘I’ve known Bill my whole life,’ he said. Well, that was it, I started wailing, my body heaved and I couldn’t stop. Brent didn’t know what to do but just held me.

After the ceremony, tears painted my face with streams of mascara, my body was aching, and my heart hurt. Brent looked at me with concern, and I told him that this was my first funeral.

There was no way I could do that, it was too close to sign-in. Instead, I went home, reapplied my make-up, changed into my flight attendant uniform, and left for the airport. I felt like I was doing okay until I ran into Nancy, who I was working with that  night.

‘Evelyn, are you okay?’ she asked.

‘I’ve just been to my first funeral,’ I told her, and the tears started flowing again.

Nancy proved to be my guardian angel. She shared with me that she’d also recently lost someone. She gave me a list of books that helped her process her grief – she thought they might help comfort me also.

I open my book, Out on a Limb, and find my page. After 20 minutes, I read something which reminds me of a similar story my father shared with me ten years earlier. In the book, Shirley MacLaine writes about an experience Peter Sellers has had on a movie set.   He confides in Shirley, that after a fatal heart attack he has an out of body experience, sees a tunnel of white light and then regains consciousness at a hospital.

My father had the same sort of experience but, of course, not on a movie set.  In the summer of 1986, he was travelling from California with my stepmother and niece back to his home in Texas.

At a rest stop, he had a massive heart attack and fell to the ground. As fate would have it, there were a group of student nurses there also. One of the nurses kneeled beside my father’s body, checked his vitals, and within a few moments, declared him dead to my inconsolable stepmother and niece.

My father remembers looking down at this hysterical scene, as he was floating above. He looked up to the sky and saw a tunnel of white light. The light enveloped his body, and he felt at peace. All of a sudden, he heard a voice saying, ‘You still have more to do,’ and before he knew it, he was back in his body. He woke up to find a crowd around him and a group of puzzled nurses.

I remember thinking, as my father recounted this story, I think he’s lost his mind.  He kept saying, ‘If anything ever happens to me, I’ll be okay. It was quite nice on the other side.’  Okay, whatever you say, Papa.

I close my book and think, I’m going to ask Papa about that experience next time I see him. I look at the clock again, damn, it’s only 3:30am. I switch off the light and gradually sleep comes.

A sharp knock on the door disrupts my sleep. I look at the clock, again. This time it is 8am. Crew pick up isn’t until 11am, so I yell out, ‘Come back later!’

But, from behind the door, I hear my mother’s thick German accent. My mom lives a little over an hour away, in a small village. I often lay over in Mainz, so that once a month my mother and I can see each other; either I visit her, or she comes up to Mainz.

I wonder why she’s here? I think to myself.

I open the door and see that my older brother is here too. Now, this is strange. My brother was a soldier in the U.S. Army and was stationed in Germany.

I could tell something was wrong.

‘Your father…’ Mum started, but began to cry, and I knew my father had died.

I ask her when? And how? She says that he had a massive heart attack and died at his home in Texas. My younger brother rung my mother in Germany in the middle of the night.

‘I didn’t want to wake you, as I know you have to work your flight back to Cincinnati.’

‘What time did Marko ring you?’ I ask.

It was around the same time that I woke up, picked up my book, and was thinking of my father. I’m sure his presence was with me last night as I was reading that passage, which reminds me of what he told me years earlier: ‘If anything ever happens to me, I’ll be okay, it was quite nice on the other side.’

I honestly believe that events, people you randomly meet, and even books that you read help prepare you for what is to come. Bill’s funeral, flying with Nancy, her recommending the list of books, reading that passage in Out on the Limb… these were stepping stones to prepare me for my father’s death.

The following week was one of the most heart-wrenching periods in my life, filled with reunions, appointments, uncertainty, religious rituals, grief, and ultimately everything leading to the funeral.

The day of the funeral held some special moments. My father was eligible for a full military funeral, as he served in the U.S. Army for 28 years and had fought in the Korean and Vietnam Wars.  It was really touching to see my father’s coffin being carried by six military men, hearing the last post played by the bugle at the cemetery especially for him, and watching my niece run up and touch the coffin just before it was lowered.

However, there were aspects of the day which I found upsetting. But, in hindsight, I know those moments were there for a reason. First, the Catholic priest continually butchered our last name, each time pronouncing it differently. Secondly, I found absolutely no comfort in the depressing church music played during the ceremony. Finally, I struggled with how my mother took photos throughout the day, like she was on holiday. Although, shortly after my father’s funeral, when the images were developed, I was (and still am) forever grateful that she took those photos.

I didn’t realize it then, but this challenging period in my life taught me many lessons that I would take throughout my life.

Being a funeral celebrant is a calling that I am passionate about. I am committed to doing everything in my power to ensure that the ceremony will truly reflect a person’s life. The lessons learnt from my father’s funeral, and all the funerals I have since conducted have helped me to find the best way to deliver a funeral that is right for your loved one.  It is important that each of the funerals I work on are individualised, the extensive questionnaire that I ask families during our one-on-one interview, helps me to craft a personalised event that celebrates the life of your loved one.

Though nothing can take away the grief of the loss of a loved one, a well crafted tribute can somewhat lessen the pain and provide a valuable source of healing.

When I think about how two funeral changed my life, it can best by summed up by the quote from C.S. Lewis.

If you want to read more about my journey to becoming a funeral celebrant, please click on the link for the full story: